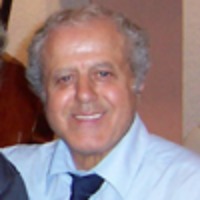 Leonidas Rafaelian is one of the most well known violinmakers in Cremona, where for many years until now, he has operated a workshop in the historic center of the city.

Born in Athens, he began playing violin at the age of seven and attended music school under the tutelage of Ruben Avetisian and Kima Bagdasarian.

From 1968 to 1970, he performed with the RT symphonic orchestra of Yerevan and graduated with a diploma in viola from the Conservatory of that Armenian capital under the guidance of Prof. Hacop Sandalghian.

The following year, he began to perform with the symphonic orchestra of Miskolc, Hungary. In 1991 he moved to Italy and began to study with Master Gio Batta Morassi.

Leonidas received his diploma as violinmaker in 1995 under the guidance of Master Giorgio Scolari and since then has partecipated in various violimaking competitions and won prestigious prizes, including the 1998 International Tchaikovsky Competition in Moscow and in 1999 and 2001 at the National competition in Baveno (Italy) with silver medals.

For M° Mstislav Rostropovich, he built a cello modelled on the “Storioni 1760”, for Zakhar Bron, a violin model Guarneri 1739 and for David Geringas, a copy cello “Storioni 1760”. M° Rostropovich performed Joseph Haydn’s C-major concerto on a cello made by Leonidas Rafaelian, in Cremona, October 9th, 2004, and in Bari, October 11th, 2004.